KNIFEMAN IN MY HOUSE 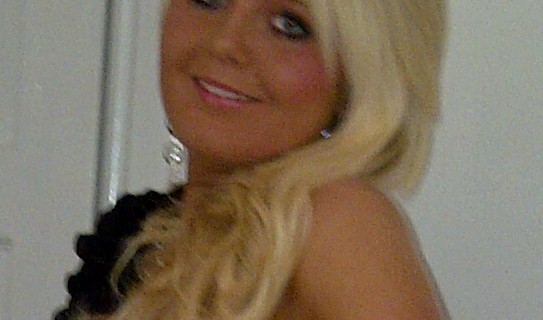 There was a crazed knifeman…hiding under my bed

When Robyn,19 and Dale,19 went to bed after a party, she couldn't sleep, she felt like there was someone in the room, in this case there really was an evil monster hiding under her bed…

It was the 1st July 2010 when we walked to the party, not far from my home in Gateshead, Tyne and Wear. The party was at Victoria Harrison's,42 house, my dad Robert's, 43 former girlfriend.

There was one guy in the corner who looked really dodgy, I asked Vicky who he was and she said he was Steve Shaw, 34.

At around midnight Steve got into an argument and was asked to leave. He got really aggressive, it was totally over the top and he kept coming back to the house. What nobody knew is that he managed to sneak back into the house and go upstairs.

At around 1.30am I asked Vicky if we could stay in the spare room.

Dale fell straight to sleep, but I couldn't. I know it is the kind of thing little children worry about, but I felt like there was someone in the room.

I nudged Dale and said:

“I think there is someone under the bed?” I whispered.

“What are you on about?” he said, barely conscious.

He went over and turned the light on.

The intruder had large kitchen knives taped to his gloved hands and a makeshift towel around his lower face. I could tell it was Steve.

He began lashing out, as if he was doing the front crawl in the swimming pool. He didn't say anything but he looked possessed.

He stabbed Dale in the neck and side and sliced through his hand, nearly cutting his fingers off as he protected his throat.

The lunatic was trying to literally chop his head off.

I decided to help Dale and jumped into the middle of the fight.

During the struggle I was stabbed in the shoulder, leaving a 3cm stab wound.

Eventually Steve left the room, with Dale lying on the floor dying from his injuries and me bleeding heavily from my arm.

Then Steve went into Vicky's room and plunged one of his knives deep into her chest.

The trauma of the wound caused Vicky to have a massive heart attack.

I could hear her screaming but we couldn't help as we were injured ourselves. The noise of Vicky's screams will stay with me forever.

At hospital Dale needed a blood transfusion, he lost five pints of blood. It took an hour and a half to stich up my wound.

Vicky was in a coma and nearly died, she managed to pull herself around, but was left with horrific injuries and a massive scar along chest.

I still get scared when I go to bed, as you never know who could be under there. What happened to me was like the Nightmare on Elm street horror movie.

Steven was sentenced to 14 years imprisonment. Mr Justice Coulson said “The evidence against you was overwhelming.”

If Vicky's inspring story has inspired you to tell your story, do not hesitate, fill in the form on the ringht hand side now and visit the how much will I earn tab to see what your story is worth.