Abused by my Uncle 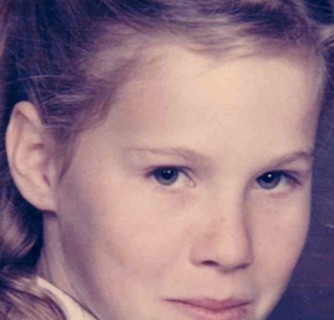 ABUSED BY MY UNCLE … AND MUM DIDN'T BELIEVE ME!

DEBBIE WAS JUST SEVEN WHEN SHE WAS ABUSED BY HER UNCLE, BUT NOT EVEN HER MUM BELIEVED HER. IT WASN'T UNTIL DECADES LATER SHE PROVED HER FAMILY WRONG …

A BRAVE Scots mum has spoken out about the childhood abuse that ripped her family apart – because no one believed her.

Debbie Ingriselli, 35, was just seven when her uncle Kevin, then 17, pounced on her during a family get-together in West Lothian.

The mum-of-six confided in relatives but no one, not even her mum, took her seriously.

Instead, Debbie waited more than 25 years for Kevin Nichol, 45, to be sentenced for the offence.

But despite him dodging jail, Debbie is pleased that she's finally got the acknowledgement she desperately deserved.

Debbie, from Hawick, Roxburghshire, has now waived her anonymity to encourage other victims of sexual offences to step forward.

“A lot of my childhood memory is quite vague. I just have snippets of things,” Debbie said.

“But I remember when I was seven like it was yesterday. I'll always remember it as the day I was called a liar.”

Debbie was visiting grandmother Margaret in Uphall, West Lothian when her innocence was snatched away.

She said: “After tea, me and my sisters were taken upstairs to bed. I was sharing a room with my older sister, Caroline [38]. She was in the spare bed and I was in a put-you-up behind the door.

“I fell asleep, but at about 10pm something woke me up. I remember opening my eyes and seeing Kevin standing in the doorway.

“He just stood and watched for a while before leaving. I couldn't sleep after that.

“A little later he came back in and lay down beside me. He pulled down his pants and started caressing himself and rubbing himself against me.

“Then he started touching me. I'd been pretending I was asleep, but it started to hurt so I stirred and moaned.”

With Debbie ‘awake', Kevin rushed out of the room. Debbie followed, hoping for the comforting arms of her parents.

But the reaction was far from what she expected.

“I remember cuddling up to my mum, who was sitting down with the family, and bursting into tears,” Debbie recalled.

“I told her that uncle Kevin had touched me. She went crazy and was taken to the kitchen to calm down.

“By this time Kevin had left the house. Gran took me aside and told me I was just being silly and that nothing happened.

“She told my mum the same and she believed her over me.”

Debbie was taken to bed for a second time. She went to sleep, hoping for support and comfort in the morning.

But, at breakfast, it was as if nothing had happened.

Debbie said: “Even at that age I knew what he'd done was wrong. I couldn't understand why everyone was acting so normal.

“It was brushed under the carpet, never to be spoken of again. Whenever I brought the subject up I was treated like a liar.”

Angry and frustrated, Debbie started to rebel. During her teens she'd skip school, get into fights and take her anger out on younger sister Kelly, now 33.

“I had an anger that wouldn't go away,” Debbie explained.

“I'd still see Kevin at the occasional family event. He'd just sneak a glance at me then turn away.

“When I was around 13 or 14, though, I separated myself from my dad's side of the family. I didn't want to see them anymore.

“I still loved my parents, but part of me hated them too. I felt like they'd chosen that monster over me.”

Debbie's rebellion came to a halt when she fell pregnant at 18. And, after holding Deanna, now 17, for the first time she had a realisation.

She said: “I knew I was going to do everything I could for my daughter and never let anyone hurt her.”

Debbie was still trying to run from her past, though, and so moved to a quiet cul-de-sac in York.

It was here that Debbie met her future husband, 39-year-old Stefano. They started dating in January 2001 and married in April 2003.

Debbie said: “I felt at ease with Stefano. Even though it didn't disappear, my anger towards my family took a sideline.

“I told him about my uncle Kevin before we got married and he believed me without question.

“It was such a relief. It was all I'd ever wanted from Mum – just the three simple words, ‘I believe you'.”

Debbie and Stefano, a builder and farmer, moved to Naples, Italy, shortly after getting married. It was here that they had their first child together, Antonio, now 10.

After 18 months, the couple moved back to the UK and had two more children, Andrea, nine, and George, eight.

But despite being busy raising her own family, Debbie's painful past would frequently trouble her.

Debbie said: “I still saw Kevin at the odd family do. I didn't want to but, strangely, part of me felt I had to.

“By this point he was married with kids. It made me feel sick imagining him as this perfect family man.”

It wasn't until five years later, in 2011, that Kevin's life came crashing down.

Debbie said: “I had a phone call from Kevin's wife, Emily*, one night. She'd heard that I'd accused Kevin of abusing me when I was younger and asked if it was true.

“I put the phone down and something just snapped in me. I wanted him to finally pay for what he did.”

Debbie spoke to her mum and brought up the abuse again. This time, remarkably, Helen apologised and said she believed her daughter.

“It was all I needed to hear,” Debbie said.

Debbie contacted the police and, after giving a statement, Kevin was arrested in October 2011.

She was thankful for the support from her mum and dad, George, 58. But not all of the family were so kind.

Debbie said: “Some relatives turned against me when Kevin was arrested. Despite the arrest, they still couldn't accept what he'd done to me.

“They were on his side and thought I should have kept my mouth shut.

“Within a month of it all kicking off, Stefano and I moved back to Italy.

“Again, I couldn't be around most of my family. I cut everyone off. I didn't want any sympathy.”

Kevin pleaded guilty to a charge of lewd, indecent and libidinous practises at Livingston Sheriff Court in February 2013.

He was given a three-year supervision order, during which he can have no unsupervised contact with children under 16, 135 hours community service, and placed on the sex offender's register for three years.

“I stupidly believed my mother-in-law when she said she had confronted him [Kevin]. She was convinced that nothing had happened.

“I wish things could have been different and I'm so sorry to Debbie for not believing her.”

Now that the dust has settled, Debbie has moved back to Scotland. But she hasn't quite finished with the past.

She now hopes to launch a petition to get sex offenders on the register for life.

Debbie said: “After a few years, Kevin will have access to children again. These people aren't ill, though. There's no cure for them.

“They need to be monitored for life, not just for a couple of years.

“Kevin stole so many years of my life from those I loved the most. I want to make sure he won't steal my, or anyone else's, future.

“I still think about what happened a lot. It's strange to say, but it's not what he did that bothers me the most. It's the consequences. I lost my family and it's still ongoing.

“Over the years I've learnt to live with what happened. If I let the abuse effect me so much I'm not going to be a good mother and wife. Instead, I'd always be the abused child. And that's not me.”

If like Debbie you have an incredible story that you would like to share please visit the how to sell my story page. Fill in the forms on the right and a journalist will call you within 24 hours.