I Forgave My Son's Killer 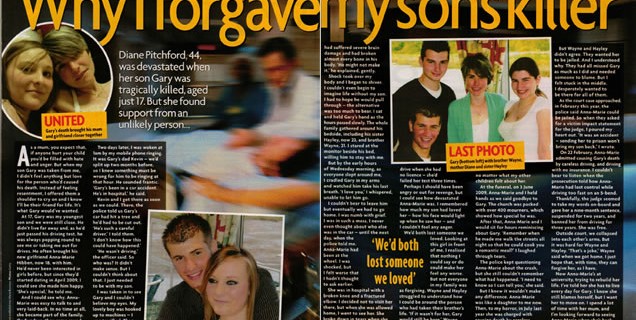 Diane was devastated when her son was killed in a car crash. When she learned her son Gary hadn't been driving his car when it crashed she was confused – he'd been with his girlfriend Anna, who couldn't drive.

When Diane learned the truth – that Anna had been driving the car and had crashed into a tree after taking a bend too quickly, she was torn. Anna was like a daughter to her, but she had killed her son.

Diane's instinct was to forgive Anna – she knew it had been an accident, and the two helped each other through their grief. When Anna had to face the music in court, Diane pleaded with the judge not to jail her.