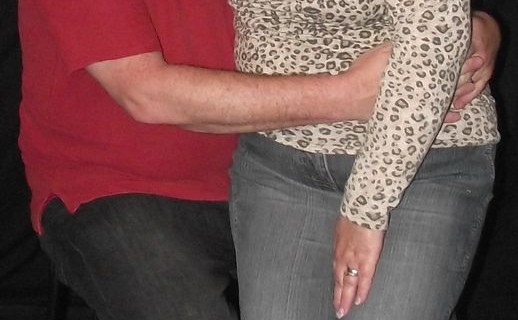 It is always surprising to know what respectable people are really doing behind closed doors. Even the most normal looking neighbours can be up to a number of kinky goings on. This husband gets his kicks letting strangers take naughty pics of his wife.

Helen Lincoln,56 an admin assistant and her husband Mick Lincoln,55 now retired, who previously worked in the electricity supply industry, have been married for 36 years and have two kids aged Stewart,29 and Jane 25 and lived a quiet life in Lincolnshire.

Helen says, “Mick moved in next door to me in 1971 in my home town Spalding, I was 14 and he was 13, I had always fancied Mick from day one, but we were at different schools and hung around with different crowd. It wasn't until 1976, when Mick was 18 and I was 19 and back from college for the summer, that we started going out. We have been together ever since.”

The happy couple got married in July 1978, at a local chapel in Spalding, and they had a week in Norfolk for their honeymoon. It was around that time that Mick took up photography as a hobby.

Helen says, “Mick always enjoyed photography when we were in our 30's, but his eye sight began to fail, due to a degenerative illness which affected the centre part of his vision. He couldn't focus properly on the camera and gave up his much loved hobby in 1996, which he found very frustrating.”

For years Mick couldn't indulge in his favourite hobby. But six years ago, Helen bought him a digital camera, which he could use, due to the auto focus. It gave Mick the lease of life he had been searching for.

Mick was overjoyed with his new toy and the first thing he wanted to use the camera was to take nude pics of his wife.

Mick says, “I was so happy I could use a camera again and decided that my first pics should be of my beautiful wife. But I didn't want some boring pics from a walk in the park. I wanted some ruanchy ones!”

After the first photo-shoot the pair really enjoyed it and couldn't wait to do it again. They began to indulge in a sexy shoot once a month. But after posting a couple of their pics on their Facebook page, they started to attract attention.

Helen says, “One day, in 2011 we decided to put some of the pics on our Facebook page. They were just general pics of my weight loss.

Coincidentally, one of Mick's old photographer friends, contacted the couple through Facebook and he invited them to his home for a shoot, as he had a professional studio.

Helen says, “We were shocked initially, it's a bit cheeky asking to take naughty pics of someone else's wife. But after we sat down and chatted about it, it actually sounded like a bit of fun. I was really nervous and I was only semi-clothed for that shoot. Mick was there for the whole time to make sure I was comfortable. We didn't get any fee for the first shoot but we got some great portrait pics.

Mick says, “I wanted to make sure nothing dodgy happened. At the end of the day it is a stranger taking nude pics of my wife. You can't be too careful. I think Helen was nervous, but we managed to make her feel comfortable, and tried to make it light hearted.

“It was great fun, so we decided we would do it again, as soon as possible.”

After the first shoot, somebody else saw the pics on Mick friend's web page and he also wanted a shoot with her. Then through word of mouth they were inundated with offers.

Helen says, “I was so flattered with all the attention and they were offering money as well. It seemed there was a lot of demand out there for mature women. Over the course of the next 2-3 shoots I became more confident and would go fully topless, with Mick there as ever to watch me. Most men wouldn't like strangers taking pics of their naked wife, but he does!

“After the third shoot I decided to do fully nude. Mick and I discussed it and we decided to go for it. I felt exposed and vulnerable to start with, then I got used to it and started to enjoy it.

The offers continued to flood in from all over the country and the couple would travel to shoots or the client would come to their home to take the snaps. They even had to turn down work due to the distances involved.

Since 2012 the couple believe they have done well over 50 shoots, charging £15 per hour fully clothed, £25 per hour topless and £40 per hour for fully nude. Even more if she poses with sex toys, the fee on that is negotiable. The couple now advertise on various sites including one called, Mad Cow Models. They are staggered by the number of requests for photo shoots from private collectors.

Helen says, “I couldn't believe how many people wanted to come and take pics of a woman in her 50's. It was really flattering and the money was a great help. Mick is retired and I work in an administrative role, so the extra money would help to pay for our summer holidays.

“I never thought I would be able to make a living taking my clothes off. I guess most husbands would be jealous that I was revealing my body to another man. He loves the fact that other men appreciate his wife's body. It has definitely improved our sex life. I feel a lot more sexy now that I now I know there are lots of men out there who like my body. Mick fancies me even more, as he is married to a woman other men find desirable. He loves the nice comments about my eyes, smile and boobs!

But there have been a couple of crossed wires with the thrill seekers who have expected a bit more than just some pics from their sessions with Helen.

Helen says, “On a few of occasions I have been asked by the client if they can get involved in the pictures, which I am guessing would involve some kind of sexual activity, but that would never happen. I am a model not a sex worker. A lot of photographers try to push the limits. If it's topless, they want nude, if it's nude they want adult etc.

“On every occasion Mick explained that he couldn't join in. He was only there to take pics. It wasn't awkward, they accepted what we had said and carried on with the shoot.

“There has been one awkward shoot, when one of pour friends of 30 years asked if he could picture Helen. He said he had always liked Helen and would love to see her topless. It felt strange as we had known him for so long. But we were professional and got on with the job. He looked thrilled when her top came off and he saw her breasts.”

However not everyone knows about their perky past time.

Helen says, “Our kids don't know what we get up to, but we guess they will be ok with it. They need to know that you are never too old to have fun. Most children think sex doesn't happen after 40, especially if it involves their own parents.

“Some of our family know because they have seen a few of the photos on Facebook. Mostly people have been positive so far.

“We don't think there is anything wrong about being raunchy in your 50's. We love to give people pleasure with our snaps. I don't think we have anything to be ashamed of. It is an innocent bit of fun, why should it only be young people who get to enjoy their sexuality?

“It a bit of sexy fun, and it is our hobby, it is the best of both worlds.”

If like Helen and Mick, you have a story to share please visit our home page and fill in the form on the right hand side and one of our dedicated journalists will call you back.  If you can't think of a story to tell but have enjoyed reading this, you can always take part in one of our case studies under the latest story requests . 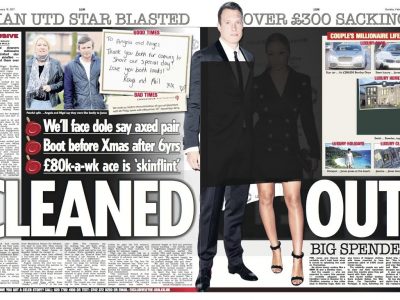 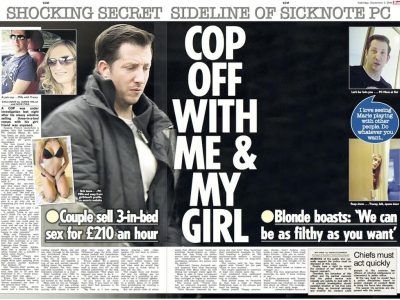 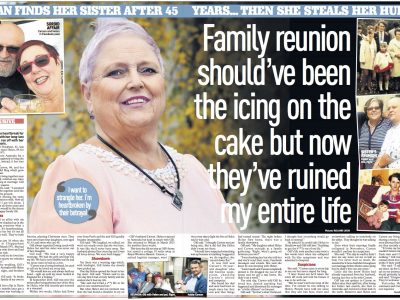 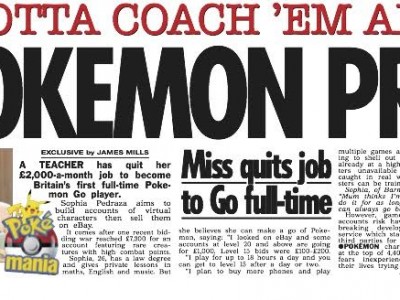